The ART OF CHINESE CUISINE

Owners Susan and Andy Kwan started in the restaurant business after Andy went to chef school in China to learn the art of Chinese cooking. They owned restaurants since 1985 and opened Great Buffet of China 19 years ago, in 1995.

In addition to the well-known buffet, which the Consumers Choice Award noted is the most extensive in Saskatoon,they have changed the combination of Chinese and Canadian menu frequently,most recently adding sushi.

Much more than a buffet service, they have catering,take-out, delivery and a banquet service. A 100 person party room frequently hosts weddings, anniversaries and many other special events.

Locally owned and operated since 1995.

Check out our video here! 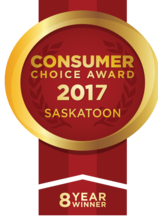 See our Dining In menu for a full list.

DINING IN or TAKEOUT